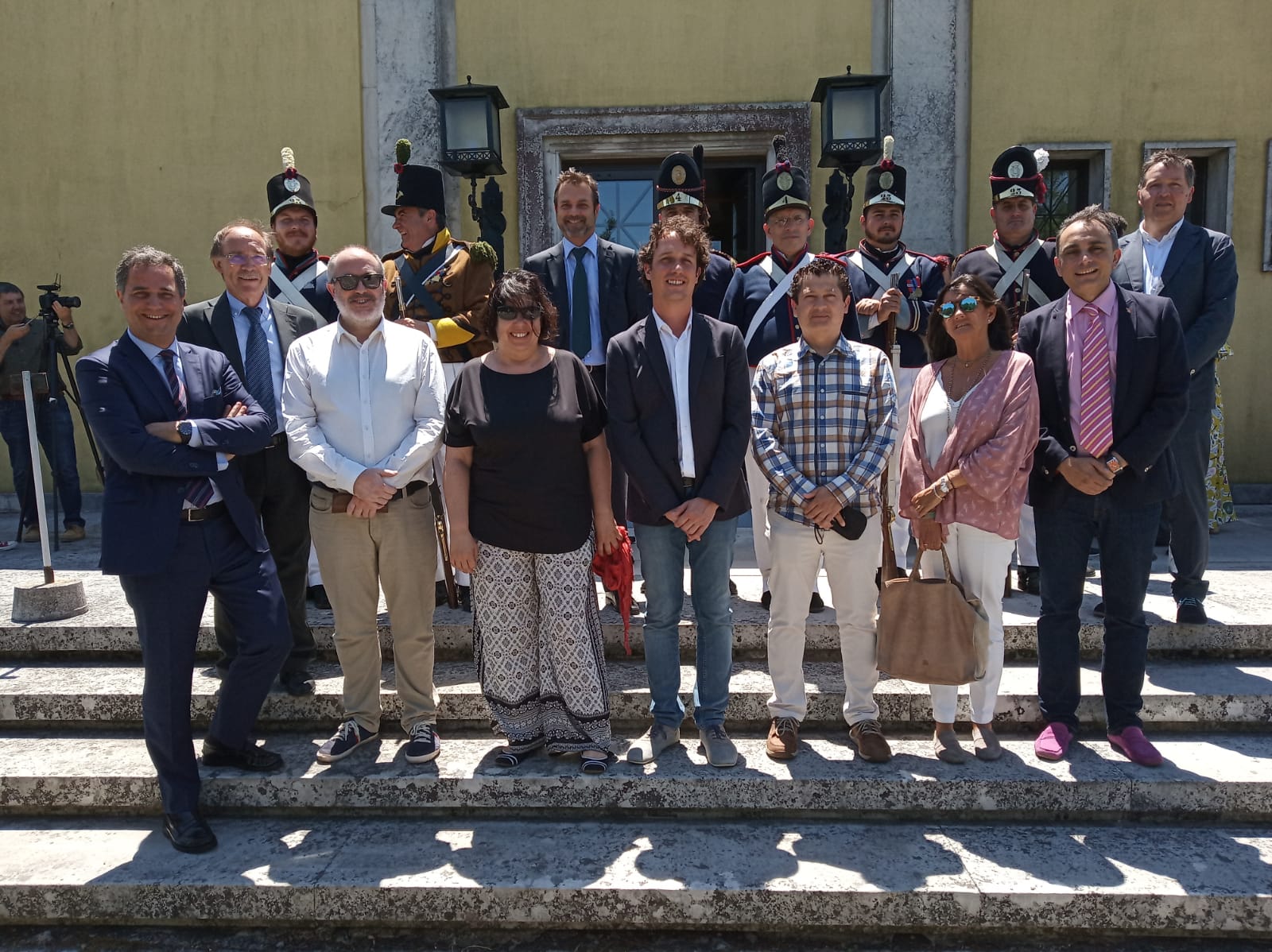 The project is part of the 2nd Call Interreg POCTEP (Spain-Portugal) on cultural tourism, and coinciding with the Objectives of Sustainable Development, its aim is to convert the heritage of the time of the French invasions into a quality and sustainable tourism product that can create wealth and employment in areas of Castilla-León and central Portugal threatened by depopulation and aging.

It is a cross-border project implemented by a consortium of 8 Spanish and Portuguese partners, including the Finnova Foundation.

Brussels, 11.07.2019. On 9 and 10 July, the launch event of the Interreg programme for cross-border cooperation between Spain and Portugal NAPOCTEP, funded by the ERDF, took place. The main objective of the programme is to enhance the cultural heritage of the Napoleonic era through sustainable tourism. The project is situated within the framework of the 2nd Interreg POCTEP Call (Spain-Portugal) on cultural tourism, and will follow the extensive legacy of the War of Independence-Peninsular War in Central Portugal and Castile and Leon. The Finnova Foundation, which has been present at the launch through the assistance of its NAPOCTEP directors José Manuel Requena and Iñigo Bilbao, is part of the consortium of eight partners who lead the project. The project was presented this Wednesday in one of the most significant environments of the Peninsular Wars, the Military Museum of Buçaco (Portugal).

Within the framework of the presentation, Bilbao has declared that the priority objective of the project is to turn the legacy of the Napoleonic era into “an opportunity for growth and employment through tourism”. “NAPOCTEP is especially interesting because it acts on inland areas of Castilla y Leon and Central Portugal directly threatened by depopulation and aging that have significant endogenous resources. In his words, the route will not only take into account Napoleonic historical heritage, but will “integrate other elements such as landscape, gastronomy, wines, etc.”. Thus, a tourist product “of quality, sustainable and differentiated” will be created with a brand that “can be marketed in the national and international markets”. In this sense, it is worth noting that decent work and economic growth is one of the UN’s Sustainable Development Goals, along with sustainable tourism.

The consortium of partners is made up of four Portuguese and four Spanish entities: the Intermunicipal Community of the Coimbra Region (Portugal), the Intermunicipal Community of Beiras and Sierra de la Estrella (Portugal), the Regional Tourism Entity of Central Portugal and the Historic Route of Linhas de Torres (Portugal); on the part of the Spanish territory, in addition to Finnova, there are the Junta de Castilla y León, the Fundación Santa María la Real del Patrimonio Histórico de Castilla y León, Segittur. The project, which has a global budget of more than 710,000 euros, will be in force for two years, from July 1, 2019 to June 30, 2021.

During the presentation, different coordination meetings and the implementation of the Interreg programme were held, with the aim of making progress in the inventory, signposting and connection of the material and immaterial heritage elements of the itinerary in the POCTEP space, to be included in the European Cultural Itinerary ‘Napoleon Destination’ of the Council of Europe.

Thus, the aim is to create a series of Napoleonic routes in an area comprising the central region of Portugal (Beiras and Serra da Estela) and the provinces West Castilian-Leonese (Salamanca, Zamora, Valladolid, León and Ávila). In addition to signage, the new Napoleon Route will be promoted over the next two years at major tourism fairs in Portugal, Spain, Germany or England.