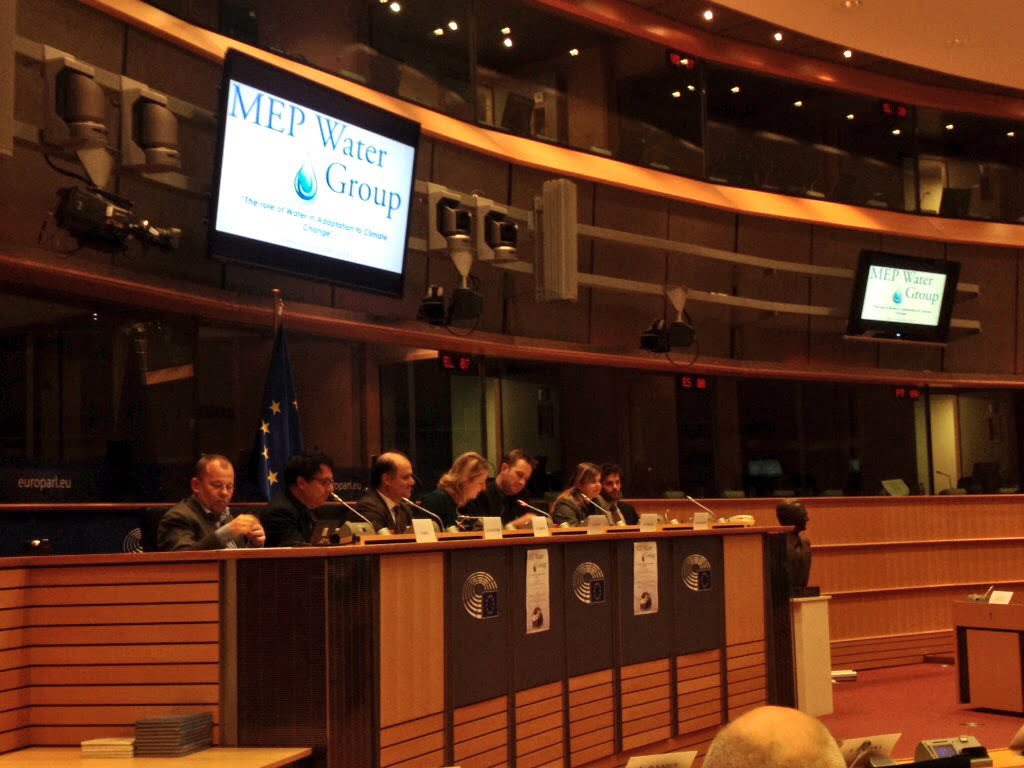 The MEP Water Group organised a public session on “The role of water in adaptation to climate change” at the European Parliament in Brussels, in which Finnova attended. The open session aimed to explain the importance of water resources in response to this issue, as well as, the European Union roadmap and some best practices implemented.

“Adaptation is getting a momentum within the climate change. Both Mitigation and adaptation are key… Then, by 2021 member states will be asked to report on their climate adaptation plan”, explained Yvon Slingenberg, Director of International and Mainstreaming of DG CLIMA.

Concerning the European Water Policy, its implementation is slowly. Because of that, Slingenberg stressed, “Member states have to accelerate the implementation of this policy, which contains adaptation to climate change”.

Slingenberg also pointed out the particular challenge cities have in this regarding, “cities are particular crucial in adaptation and mitigation to climate change”. In consequence she emphasised the European initiative “Covenant of Mayors” launched in 2008 with the ambition to gather local governments voluntarily committed to achieving and exceeding the EU climate and energy targets.

The initiative now gathers 7,000+ local and regional authorities across 57 countries drawing on the strengths of a worldwide multi-stakeholder movement and the technical and methodological support offered by dedicated offices.

In 2017 the Global Covenant of Mayors will be launched and will capitalise on the experience gained over the past eight years in Europe and beyond, and build upon the key success factors of the initiative: its bottom-up governance, its multi-level cooperation model and its context-driven framework for action.

Nova mentioned LIFE programme (the EU’s funding instrument for the environment and climate action) as an “integrated tool where define and create synergies” between regions, public and private sector and innovative ideas and projects. All in all to develop and put in practice solutions towards clima action.

Another funding instrument highlighted was the Horizon 2020 programme, which funds researchers and innovators on adaptation to climate change, among other topics.

Jakob Moller Nielsen, Director for Urban Development of the City of Copenhagen, presented the best practices of the Nordic city in adaptation to climate change.

The MEP Water Group plays a key role in making sure that Europe’s water resources are managed in a sustainable and equitable way to the benefit of the European economy and society as a whole.

Water in a geopolitical context, water and energy, irrigation, the importance of water in safeguarding sufficient resources, raw materials and food production, and the role of water in city planning, are only some of the dossiers the MEP Water Group aims to cover. The MEP Water Group is here to place water higher on the European political agenda and contribute to shaping the future EU water policy.