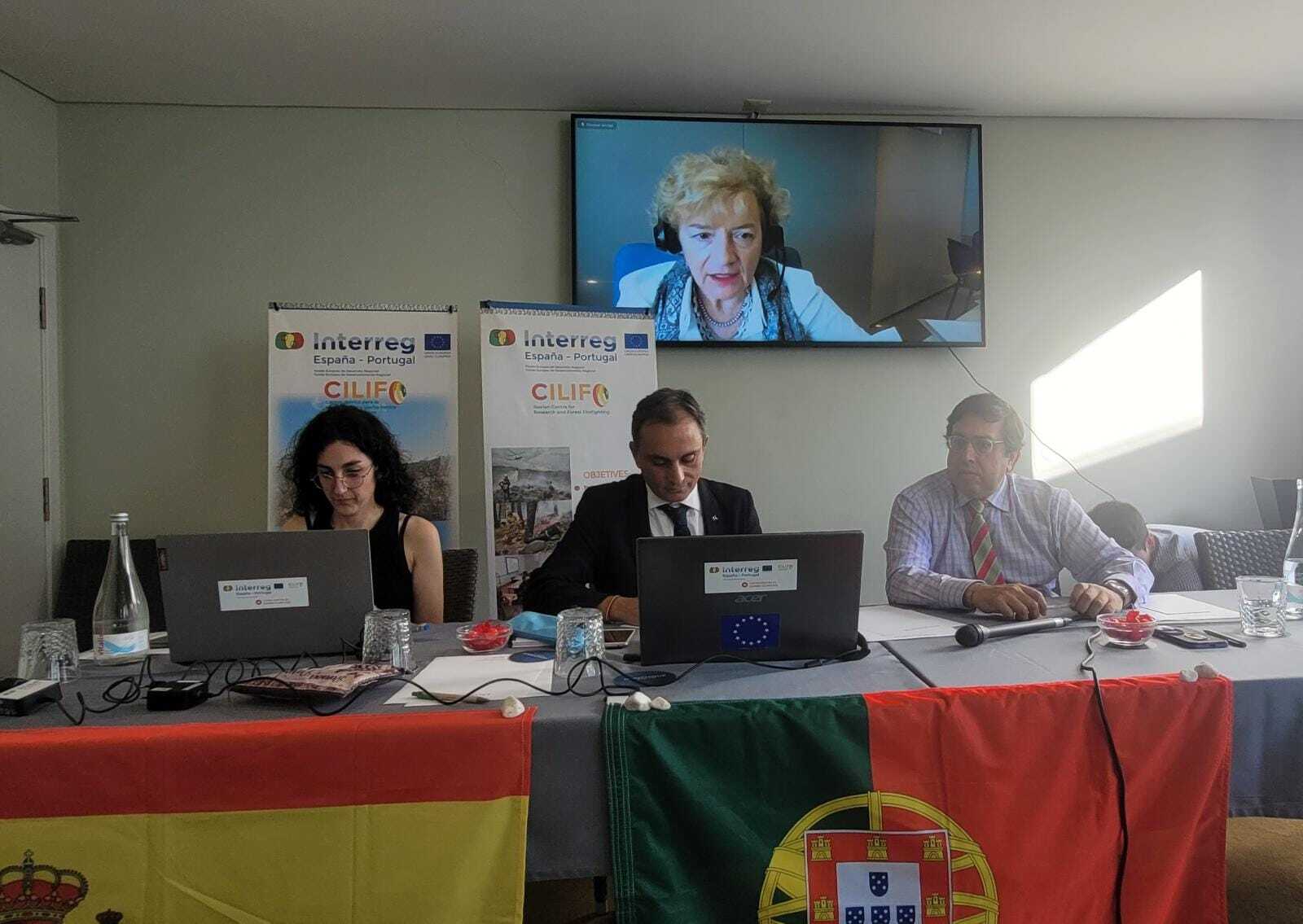 20.10.2022. Within the framework of the European Week of Regions and Cities (#EURegionsWeek), the Interreg CILIFO project held in Monchique, on October 13, 2022, the conference “Territorial cohesion and green transition in fire prevention and protection (Spain and Portugal).

This event, organized by the Finnova Foundation within its main actions and as a beneficiary entity of the CILIFO project, had the objective of promoting territorial cohesion in the fight against forest fires, as well as disseminating and sharing with other collaborating partners about its operation, structure, activities and organizational elements, among others. In addition, they discussed common intervention protocols between Spain and Portugal and the importance of generating patents and intellectual property protection around these issues, to generate good practices and collaborate in the green transition, which requires waste management that favor the production and spread of fires.

Juanma Revuelta, CEO of Finnova, and Jose Manuel Requena, manager of European projects at Finnova, welcomed the event and presented the Interreg CILIFO (Iberian Center for Research and Fight against Forest Fires) project. CILIFO works not only for an effective control of forest fires, but also to address their consequences and prevent their materialization from the base, through training and a mitigation-oriented approach with an emphasis on the rural environment. For her part, Lola Bordas, project, communication and marketing technician, Fundación Finnova, presented the accelerator Firefighting Open Innovation Lab – CILIFO (FOIL-CILIFO), through which companies and technologies focused on the prevention and extinction of forest fires and its subsequent management work together to put an end to this serious problem that affects significant amounts of land each year.

During the technical session, Carmen Toledo de la Torre, head of the Technological Information Unit, of the Spanish Office of Trademark Patents of the Ministry of Industry, Commerce and Tourism of the Government of Spain, intervened to present the study of Patents and Control of Forest Fires, focused as a cooperation experience between Spain and Portugal. Finally, Yolanda Ambrosio Torrijos, from the Higher Technical School of Forestry, Forestry and Natural Environment Engineering of the Polytechnic University of Madrid, presented the main conclusions on fire prevention and extinction from the study on Patents and Control of Forest Fires.

The full session can be viewed at the following link:
https://www.youtube.com/watch?v=Gg_dsNMHuMQ&ab_channel=FINNOVA