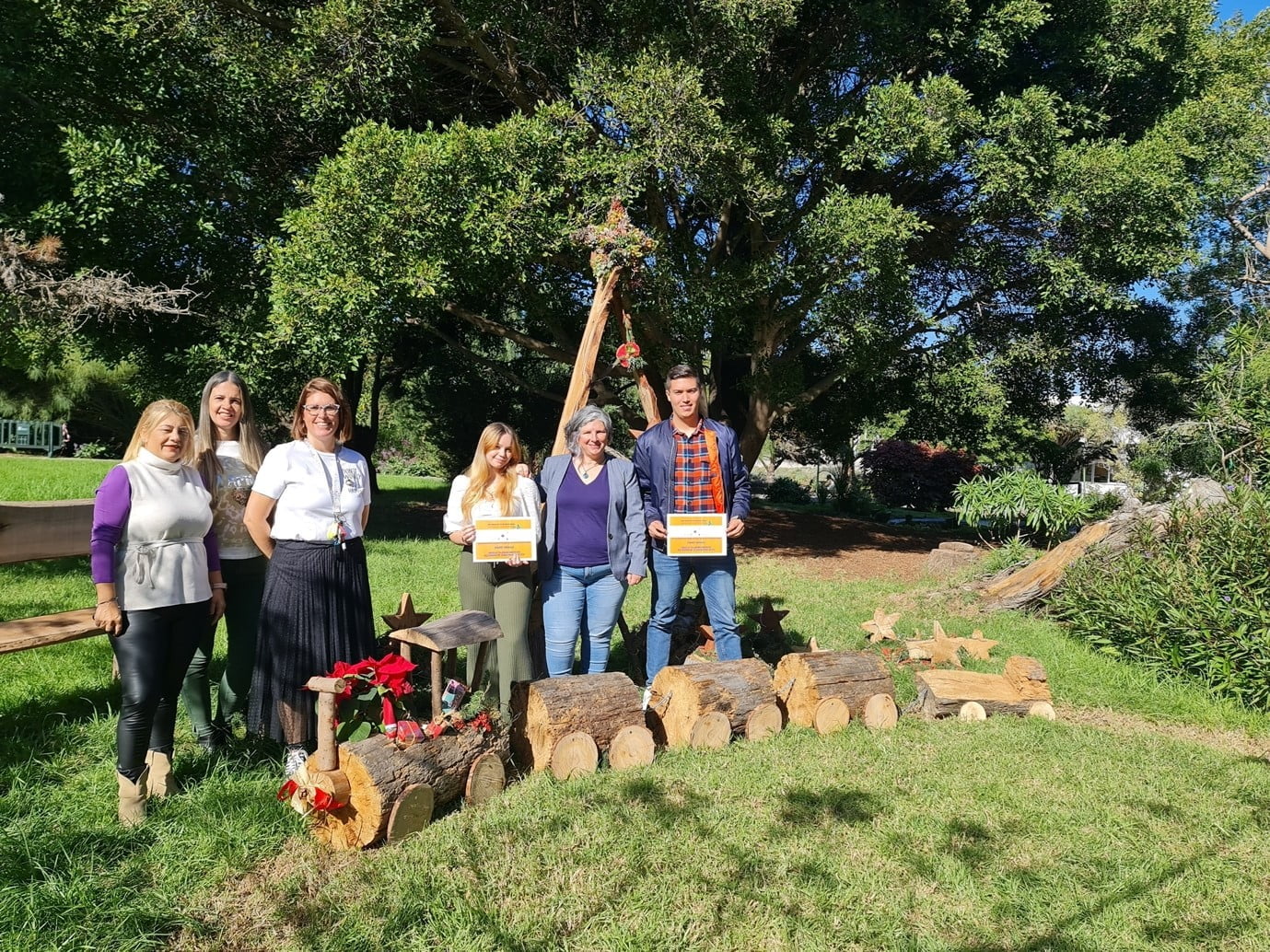 22.12.2022, Las Palmas de Gran Canaria. On 13 December, 40 students from CIFP Felo Monzón Grau Bassas attended the presentation of “Best Energy Detectives Gran Canaria”. The challenge aimed to generate ideas that could improve the use of energy in buildings to mitigate the effects of climate change, while promoting STEAM careers in young people. On Thursday 22 December, the jury, made up of representatives from Trib-Arte, Hiper-It and Fundadoras, met to make the final decision and choose what they considered to be the best solution to help optimise energy use in buildings.

During the challenge, the different groups formed by boys and girls tried to solve the problem with innovative ideas. The winning proposal was presented by the “Energy Angeale” team, formed by Ángela Talamino Marreno and Alejandro de Jesús Medina Reyes, both students of the Higher Technician in Renewable Energies. These students, who were present at the announcement of the winner, expressed their gratitude for the recognition: “We are very happy to be awarded this great prize. Our aim is to promote the use of Renewable Energies, as it is the future of the world”.

Arseny Tarasov, member of the jury and CEO of HiPer it!, said during the announcement of the winner that “this activity shows how young people are really involved in the fight against climate change”.

From the CIFP Felo Monzón they have been very satisfied with the result of the challenge: “The management team and the participating teachers of the CIFP Felo Monzon Grau-Bassas thank you for having the students of 1°Redes y tratamientos de aguas, Energía Renovables y Educación y Control Ambiental for participating in the resolution of the challenge. We hope to be able to participate in future calls as it has been very enriching for all parties involved”.

“Best Energy Detectives Gran Canaria” was promoted by the Cabildo de Gran Canaria through the Consejo Insular de la Energía de Gran Canaria (CIEGC) and implemented by the Fundadoras foundation and the cultural and social association Trib-Arte with the collaboration of the Finnova foundation in the framework of the European initiative “Enerbuild” and the “Girls4Tech” project developed by Finnova. This challenge has been carried out with the aim of making it more ambitious for 2023 and thus ensuring its continuity over time.

The participants of the challenge were able to see first-hand how the software “Enerbuild” uses to analyse energy consumption situations.

The “Enerbuild” initiative in the framework of the EIT Climate-KIC programme presents an energy optimisation system that is being developed in a pilot building of the Cabildo de Gran Canaria, with the aim of mitigating the adverse effects of climate change. The Internet of Things platform HiPerWare, a tool from HiPer it!, part of BPS Group dedicated to Big Data, and the Portuguese smart maintenance platform Infraspeak, are acting as technological pillars of a combined solution based on analysing and monitoring supply systems by collecting Big Data, with the aim of detecting anomalies and providing recommendations on system optimisation.

Fundadoras is a statewide Association for the promotion of female entrepreneurship that has been operating since 2018. The objectives of Fundadoras are to Add Ecosystem, Reward and Recognise, Disseminate and Position.

About Trib-Arte Cultural and Social Association

It is a team of professionals from the educational, social and artistic fields that gives innovative and creative answers in different lines of action. The members of Trib-Arte have different professional profiles related to social work, pedagogy, social education and the world of art in its various forms.

About the Energy Council of Gran Canaria

An organisation associated with the Cabildo de Gran Canaria that was created with the intention of promoting clean energy, stimulating different energy saving and efficiency policies in homes and economic sectors of the islands, while promoting research, development and technological innovation together with local councils and other institutions.

Finnova is a Spanish-Belgian non-profit foundation based in Brussels (Belgium) and present in Spain in the Valencian Community, the Basque Country, Andalusia, the Community of Madrid, Extremadura and the Canary Islands. The foundation works for the promotion and development of innovation and entrepreneurship at EU level and operates through collaborations and partnerships in all EU countries. Finnova’s experience in leading communication activities and dissemination of European projects is combined with a solid proven track record in business creation and business support programmes, such as accelerators, incubators and incubators. It is also committed to the training and employability of young people.