European experts in Macedonia to discuss the best practices about firefighting 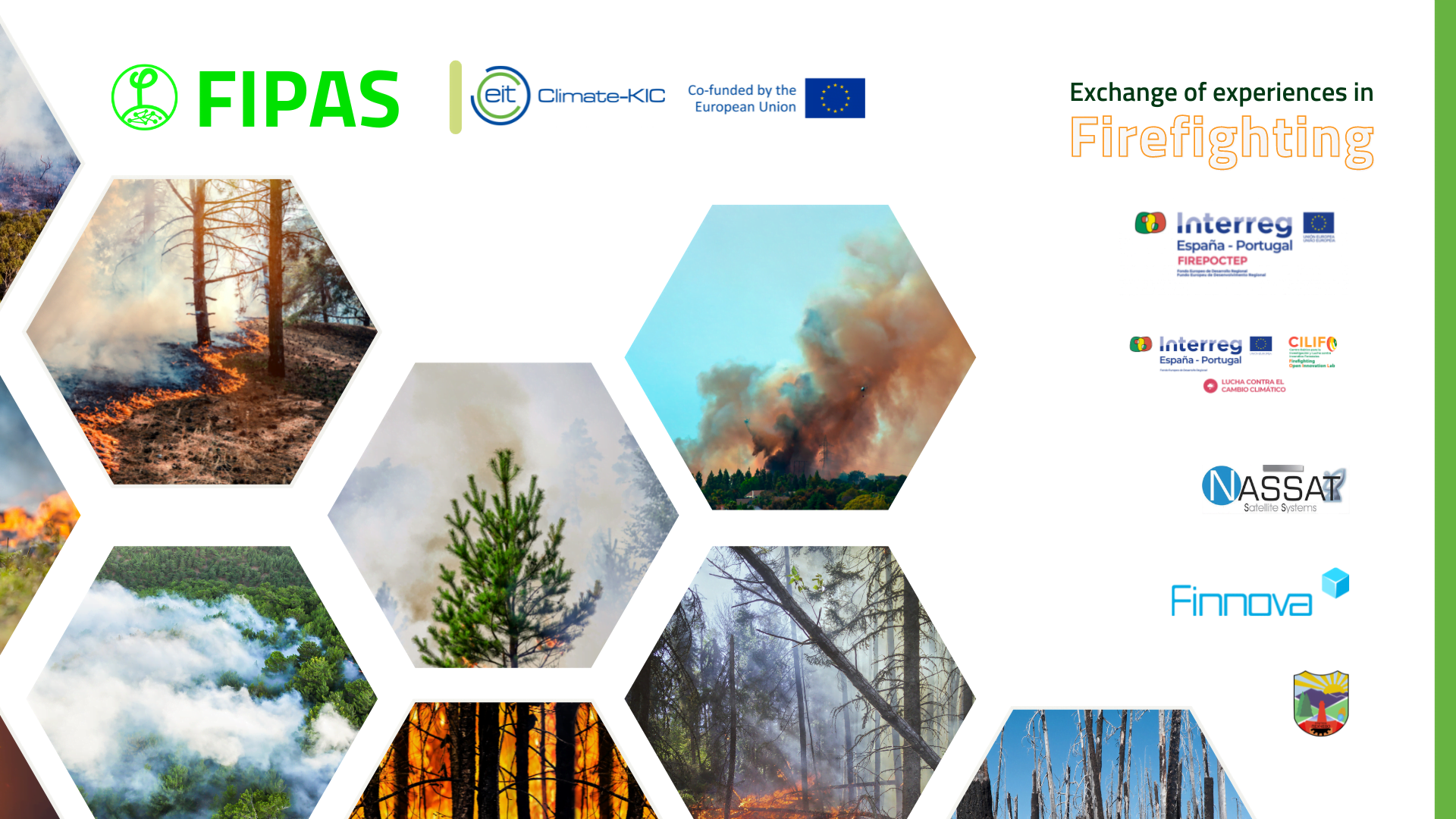 Technology, one of the elements of the European FIPAS project, a forest fire prediction alarm system through Artificial Intelligence, has made possible the celebration of the hybrid event “Exchange of experiences on firefighting on Tuesday 22nd of November”. Experts in the field have come to the Centre for Nature Conservation Education in Pechevo, the Macedonian municipality where the FIPAS pilot project is implemented, to exchange experiences and make progress in the much-needed control of forest fires.

The day began with the welcome of the Mayor of Pehchevo, Aleksandar Klantsk, to all attendees and the presentation of the FIPAS project, led by Nassat and developed within the framework of EIT Climate-KIC, a European community that supports innovative initiatives that help combat climate change and mitigate the effects of global warming.

After the introduction, the first speaker in the institutional block was Juanma Revuelta, CEO of Finnova. Revuelta, with extensive experience in the management of European funds, reported on the funding possibilities to continue with the creation of linked projects. “We are at the beginning of the 2021-2027 funding period, the halfway point of the Next Generation Funds, the largest fund created so far, in which the opportunities to continue presenting European projects in this important area is vital. It is time to invest this money as smartmoney by participating in programs such as Horizon EU, Interreg, Innovation Fund or Erasmus+ taking as an inspirational example our successful projects such as CILIFO or FIREPOCTEP”.

Dolores Vera, CEO of Nassat and Josefa García, engineer, presented and explained how the FIPAS alert system works. “The FIPAS index measures the percentage of fire risk in a given area, previously divided into square kilometres and in real time,” explained Josefa García. “There are different levels of alert, depending on the client’s requirements, and it offers visual data through a map provided by the platform”, added the engineer, who gave a brief visualisation of how this tool works.

After the intervention of the FIPAS partners, Adrián Noheda, EU Project Officer of Finnova and moderator of the event, gave way to the second block, by Joaquín Alejandro García Hernández, deputy director of the Regional Operational Centre of the INFOCA Plan and member of the Regional Ministry of Sustainability, Environment and Blue Economy of the Andalusian Regional Government. Joaquín García began with the presentation of SEIF, the firefighting device of Plan Infoca. With a clear tradition of forest fires, Andalusia is the autonomous community in Spain that has the largest specialised firefighting system”, said García, who went on to explain the general procedure of the system “in which more than 4,000 people work”.

“In Spain, the competences belong to the autonomous government, not to private companies,” he explained to the Macedonian public, who were amazed at the deployment and procedure of the INFOCA plan. A very complete device both in terms of infrastructure, human material and in the implementation of the plan.

“Interreg a series of funds between cross-border countries. Interreg POCTEP between Spain and Portugal, two projects focused on fire fighting. “The Iberian Peninsula is the second area in Europe with the largest number of forest hectares, hence the importance of investing in active fire-fighting,” said García.

“The Portuguese region of Alentejo-Algarve participates together with Andalusia in the CILIFO project, an Interreg project with 15 partners and 24.6 million euros, the largest budget dedicated to the fight against forest fires,” he explained. To conclude, Joaquín García presented FIREPOCTEP, a project that “was born after the successful trajectory of CILIFO, extending the area of action to Galicia, an area that, in 2017, the year in which this project began, suffered many fires”. A project in which more than 21 partners are working and which extends throughout the western area of the Iberian Peninsula in the search for the strategic identification of risk areas, the promotion of public-private investment and the education of the population.

Finnova is the European foundation for innovation financing. Its objectives are to promote public-private cooperation through its knowledge and experience in European funding instruments, addressing societal challenges such as youth employment, entrepreneurship, the UN SDGs, the circular economy, waste recovery, sustainable tourism and the fight against climate change.

EIT Climate-KIC is the EU’s climate innovation agency working to accelerate the transition to a resilient, carbon-free world through systems transformation. Headquartered in Amsterdam, EIT Climate-KIC operates from 13 centres across Europe and is active in 39 countries. EIT Climate-KIC was established in 2010 and is primarily funded by the European Institute of Innovation and Technology (EIT), an agency of the European Union. As a Knowledge and Innovation Community (KIC), EIT Climate-KIC brings together more than 400 partners from business, academia, public and non-profit sectors to create networks of expertise through which innovative products, services and systems are developed and commercialised for greater societal impact.