Kick-off of the WOMENEQUITY project to support women’s employability 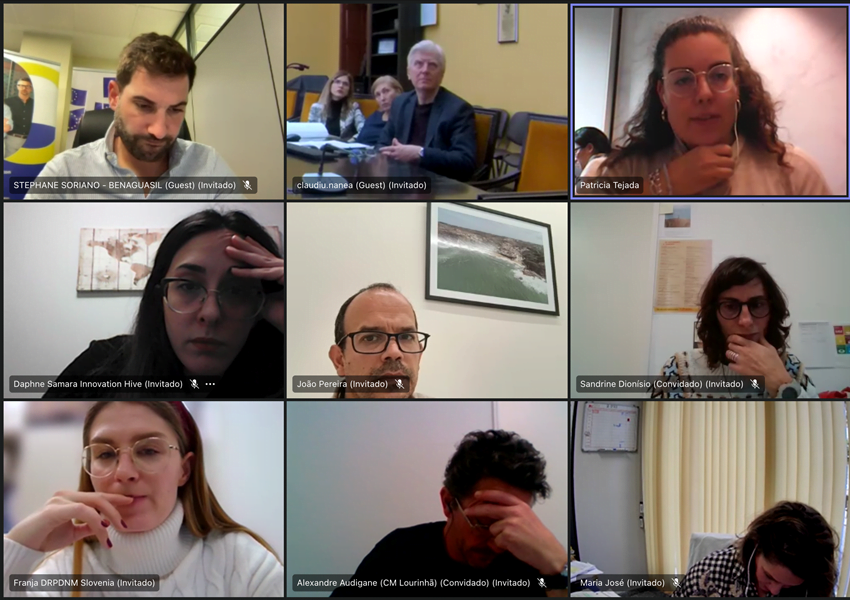 Brussels, 14.12.2022. The first meeting of the WOMENEQUITY project took place on 13 December. Its main objective is to raise awareness of the barriers women face in accessing the labour market n order to improve and end this situation, which has been exacerbated by the Covid-19 pandemic.

The meeting served to get to know the project partners and to finalise the last aspects of the project in order to be able to develop it with the appropriate methodology.

With a budget of €137,435, the project is led by Benaguasil Town Council, and will be developed by a consortium formed by the Finnova Foundation, Innovation hive – kypseli kainotomias; the Municipality of Lourinha (Portugal), Drustvo za Razvijanje Rrostovoljnega, Dela Novo Mesto (Slovenia), Comune di Santarcangelo di Romagna (Italy) and Municipiul Botosani (Romania).

WOMENEQUITY, which is part of the Networks of Cities call of the Citizenship, Equality, Rights and Values Programme (CERV), aims to address women’s access to the labour market from a European perspective, thanks to the collaboration between municipalities to find solutions to reduce existing barriers and improve their conditions.

The project also aims to raise awareness and involve all citizens in this reality, as well as public and private entities, offering work tools based on equality in order to achieve greater inclusion of women in the labour market.

The different opportunities for self-employment and entrepreneurship from which the participants can benefit will also be emphasised.

The project will focus on three main target groups: young people starting to enter the labour market, unemployed women over 55 and migrant women. This target group is due to the increase in the number of teleworkers, especially women who, together with the closure of schools and day-care centres, have generally assumed greater domestic and care responsibilities and consequently suffered a deterioration between work and life.

Initiatives in this area are being developed thanks to “Womenfortech”, a women’s support platform led by Finnova, which supports innovative and disruptive projects carried out by women and partnerships between public and private entities.

Some of the most significant projects that have been successfully developed are the “Women Startup Europe Awards Special Edition Fuerteventura” or “Retos Finnova – Technovation Girls”.

Seven events over the next 18 months

The project will be articulated around seven events during the eighteen months of duration, with one event taking place in each of the countries involved. All local actors from the different European territories will participate in these activities through a participatory and transversal approach, exchanging European cultural values and traditions and strengthening the links between EU territories.

About the Citizens, Equality, Rights and Values programme

The Citizens, Equality, Rights and Values programme funds citizens’ engagement, equality for all and the implementation of EU rights and values. The programme brings together the former Rights, Equality and Citizenship3 programme and the former Europe for Citizens4 programme. It thus promotes exchanges between people from different countries, strengthens mutual understanding and tolerance, and provides the opportunity to broaden perspectives and develop a sense of European belonging and identity through twinning and town networks. The programme follows a bottom-up approach while offering, in particular to town networks, the opportunity to focus on EU priorities.